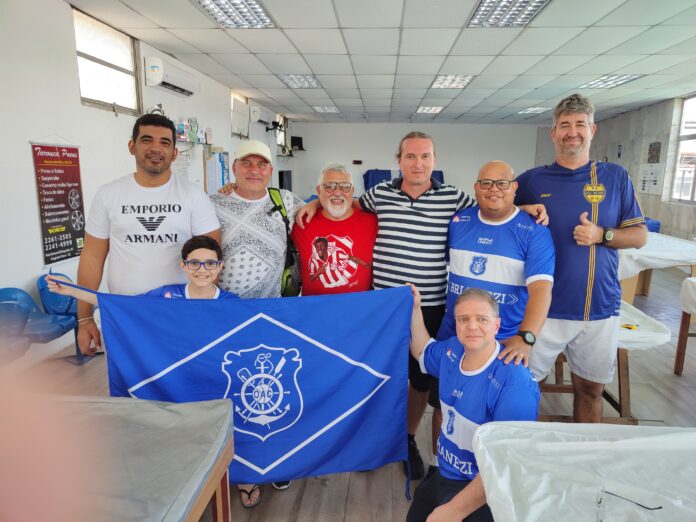 A Sectorball workshop was held on 10/15/2022, on the premises of Olaria Atlético Clube. Conducted by none other than István Martonfi, vice president of Sectorball of the International Table Football Confederation (ITFC) and vice world champion, and István Marschal, both from Romania. The event also had the presence of athletes from Olaria itself, in addition to the current Brazilian champion Bangu and the state champion Vasco da Gama.

The main objective of the day was the exchange between European and Brazilian athletes, focusing on the development and improvement of game techniques and strategy, in addition to establishing a first contact with table football for some of the visitors who were watching a Sectorball match for the first time.

Before the workshop the Olaria CLub representatives showed to the guests the club and biggest acheivements. The European players were amazed by the hospitality of the Olaria club.

During the workshop István Mártonfi explained multiple new tactical elements of Sectorball game and also some tircks which can be used by the Brazilian events.

After the workshop the players had a common lunch together and talked a lot about the future plans.