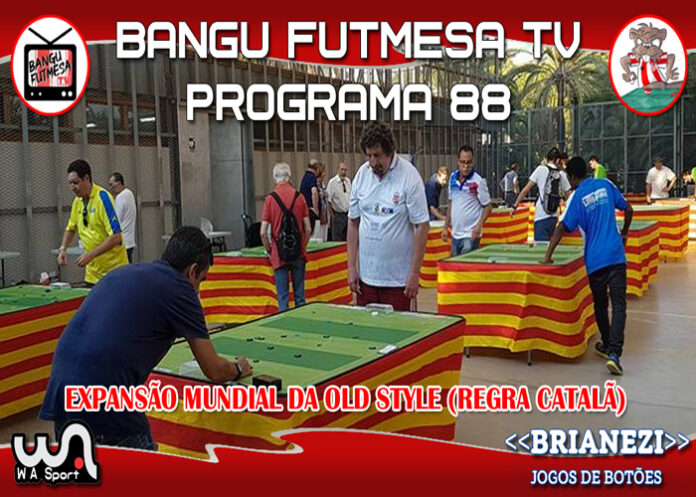 In a special program on your channel, the Bangu Futmesa made a retrospective of the first year of the internationalization work of Old Style Buttons, a project developed in partnership with the Catalan Federation.

Presented by Marcelo Coutinho, Coordinator of Bangu, and with depositions by Spanish Carlos Dalmau, President of the Catalan Federation, Romanian István Mártonfi, Vice-President of the International Confederation, and Argentine Marcelo Rossi, Director of the South American Confederation, in addition to Brazilians Robson Marfa, Vice-President of the South American Confederation, Humberto Alencar, Director of the Paulista Federation, and Rodrigo Villanova, National Coordinator of the Old Style Brasil Project, the program looks back on the work developed so far, analyzes the future prospects of the old “Catalan Rule”, now internationally renamed Old Style Buttons, and can be watched (in Portuguese, with some parts in Spanish and English) on the YouTube channel Bangu Futmesa TV: